An Evil Guide To Dedication!

An Evil Guide To Dedication!

An Evil Guide To Dedication

Learn to say “No”: If you don’t think someone will stay dedicated, don’t allow them to play in your RP. It’s better to have one less RPer than an extra Role Player who just brings down the whole RP. Don’t be tough to be mean and slightly evil. Unless you are tough and assertive, like big ol' me! Your evil little Role Play will never get off the ground if you're acting like a completely unbearable douche!

Die—Hard Applications: Instead of putting a basic Application so it’s easier for people to post, post Applications which require thought filling out, not something that can be done in five seconds. This is an easy way of separate people who want to RP from the people that just want to 1Up their Post Count. The better the Application, the less likely someone is to quit.

GM's activity: Your roleplay will only be as active as it can be with you, the Game Masters are also dedicated~! Try reminding your roleplayers about posts they should make, as well as maybe talk to them personally about plots, or any more ideas that they have.

Now for the RPer, even so, you might be still less likely to be active in a roleplay because of stuff like friends, family, school, work, or otherwise, which is perfectly fine! We all have our priorities.

Here are some extra evil tips for you:

Try and limit the number of roleplays you join; it'll become easier for you to observe the roleplays you are currently in, and plan ahead for the posts you'll make.

If you can, try and make up more ideas for the roleplay you're in; if you have more fun ideas, you'll be opted more to participate in the roleplay~!

Just keep in mind, these are not guaranteed methods, they will just help, but the extent of their utility is determined by the Roleplay and Gm inquestion. Of course, if you have your own way for a roleplay to be active, that's all perfectly up to you!

So good luck, and have a great time! 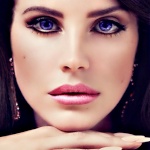